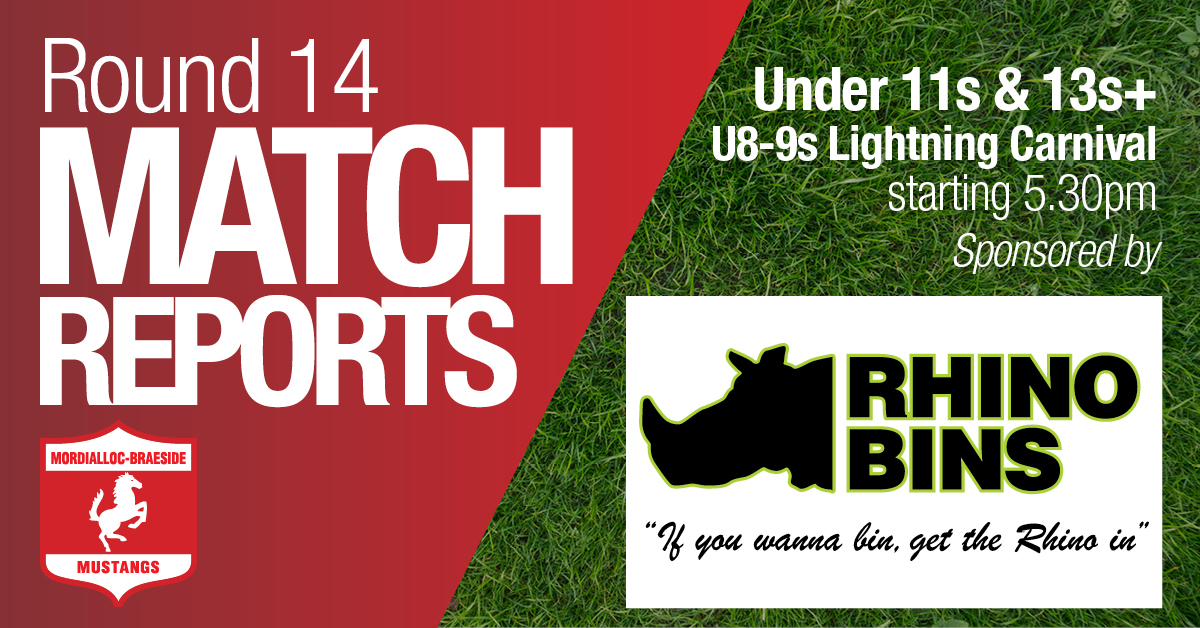 Match reports will commence at 5.30pm and will be for our U8 and U9 Lightening Carnival Teams, our U11 Mixed Teams and our U13 – U18 Teams.

Match Reports this week are brought to you by the O’Leary family and the team at Rhino Bins. We extend a massive thanks to Sean and the team for their ongoing support of Mordi-Brae. The O’Leary’s are an incredible family who do so much for our club and we are so grateful to them all.

This week’s match reports set up is the U11 Murray team. Can families from this team be at the Club at 5pm for set up, and remember one parent helper in the canteen from 5.15pm – 5.45pm.

At the end of match reports, there will be a Pizza Night for our U11 teams and we hope to see as many of their families at the rooms on Sunday night. Remember to let your Team Manager know if you’re from these teams and you’re able to attend.

We have a number of milestones to be presented during Round 14 match reports: