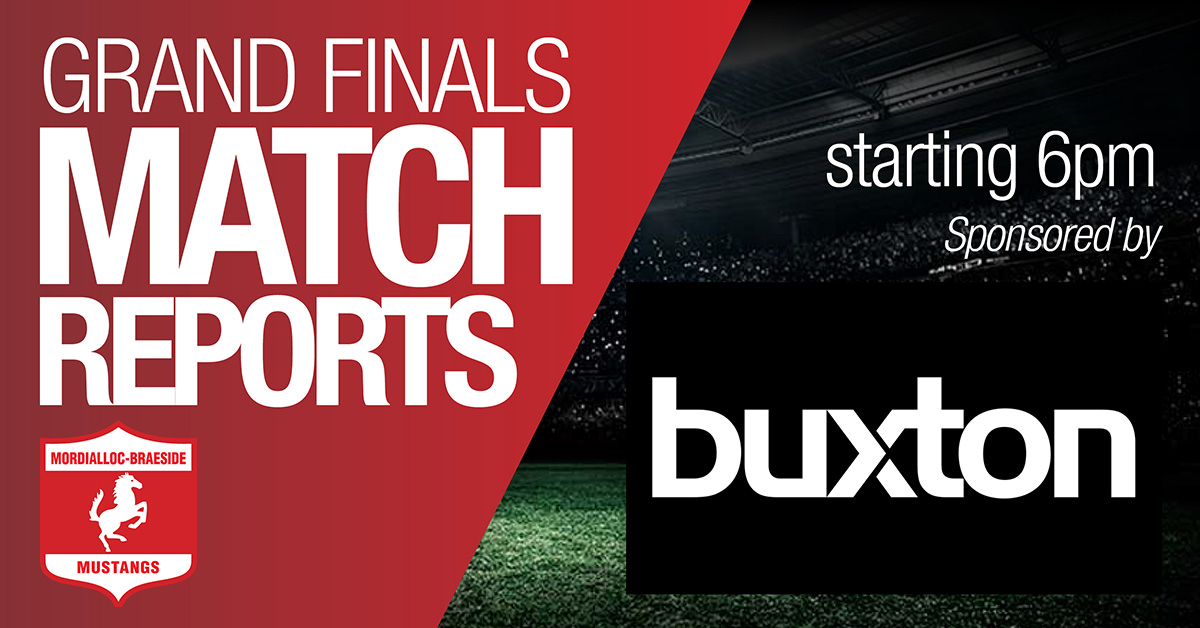 It’s the final week of footy for 2019! This season has flown by, but it’s not over just yet! This coming Sunday we have four teams playing in Grand Finals, and it would be fantastic if the Mordi-Brae community can go and watch these games and show our support! We have:

Good luck to all of these teams for the games on Sunday!

Our Finals Match Reports will start at 6pm on Sunday and will include the teams above. The whole club is welcome to come down for match reports, but especially for the families of our Grand Finals teams.

We will be presenting to one very special milestone, Ally S from U14 Girls D1 Terrell who will play her 50th MBJFC game on Sunday! Well done Ally!

Match Reports this week are brought to us by the team at Buxton Real Estate in Mentone. Matt Cox and the team have been long standing sponsors of the club, and we are very grateful and extend our thanks to him and the team.

Match Reports set up team this Sunday is U14 Div 5 Brennan and families from this team will need to be at the Club by 5.30pm for set up, and remember one parent helper in the canteen please from 5.15pm – 5.45pm.

Match Reports pack up team this Sunday is U14 Girls Div 1 Terrell and families from this team are asked to stay until the last match report is done to assist in the pack up, and remember one parent helper in the canteen please from 5.45pm – 6.15pm.